New release aimed at changing the perception of “non-Cuban” cigars

While visiting a cigar store during a trip to Europe, Alec Bradley president, Alan Rubin overheard the tobacconist say that there were “only two categories of cigars – Cubans and non-Cubans.”

“I turned around and told him that my cigars had a name,”said Mr. Rubin And that Alec Bradley wasn’t just a ‘non-Cuban cigar company‘. Our cigars are made in Honduras, Nicaragua and the Dominican Republic with tobaccos from all over the world,’ I said, ‘and they’ve received equal or even higher tasting scores than Cuban cigars. How can you put Cuban cigars in a special category when our cigars have received equal ratings or higher, and are as consistent and flavorful, or better?’ I also felt like I was speaking for all of the cigar makers working outside of Cuba,” added Rubin.

Alec Bradley Post Embargo cigars are blended in three distinctive shapes with Honduran and Nicaraguan fillers, a dual, Honduran-Nicaraguan binder, and finished in a shimmering, Honduran wrapper grown at Alec Bradley’s estate farm in the Trojes Region of Honduras – the same farm where the wrapper for the award-winning Alec Bradley Prensado, and many other Alec Bradley cigars is grown. The result is a smoke that’s smooth, complex, and medium to full in body. 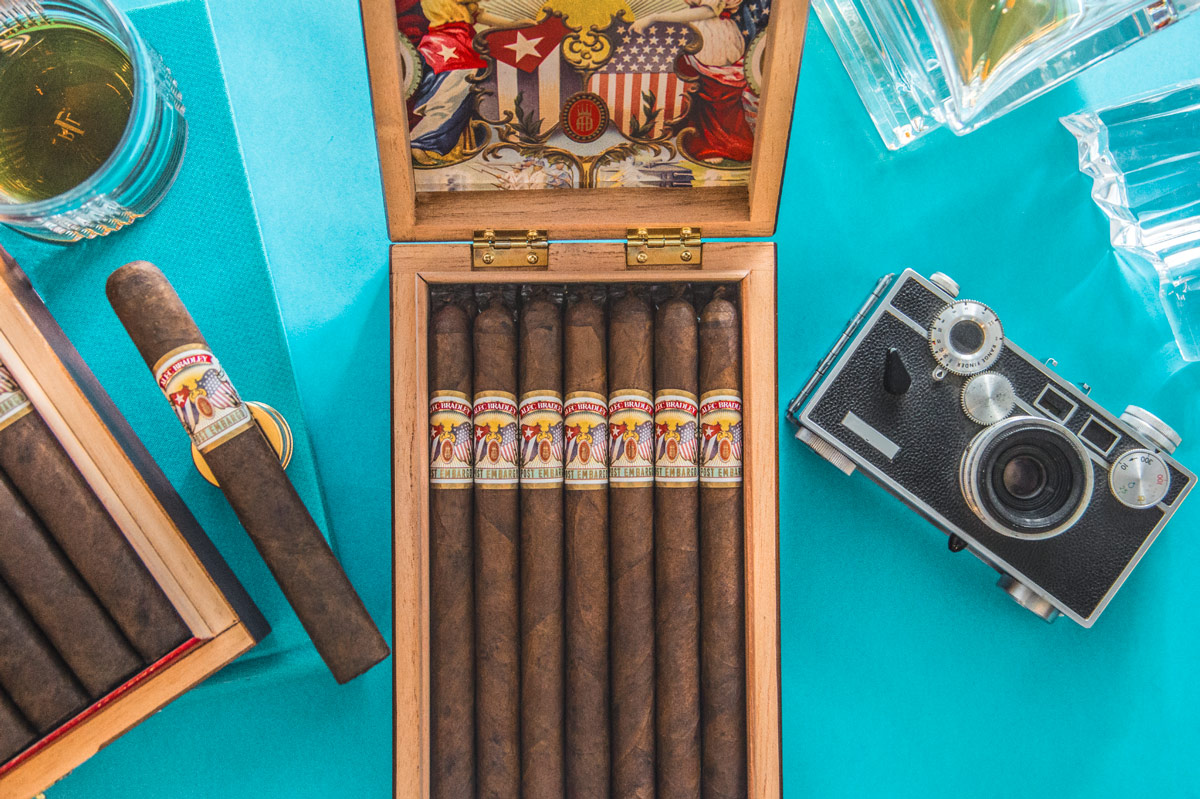 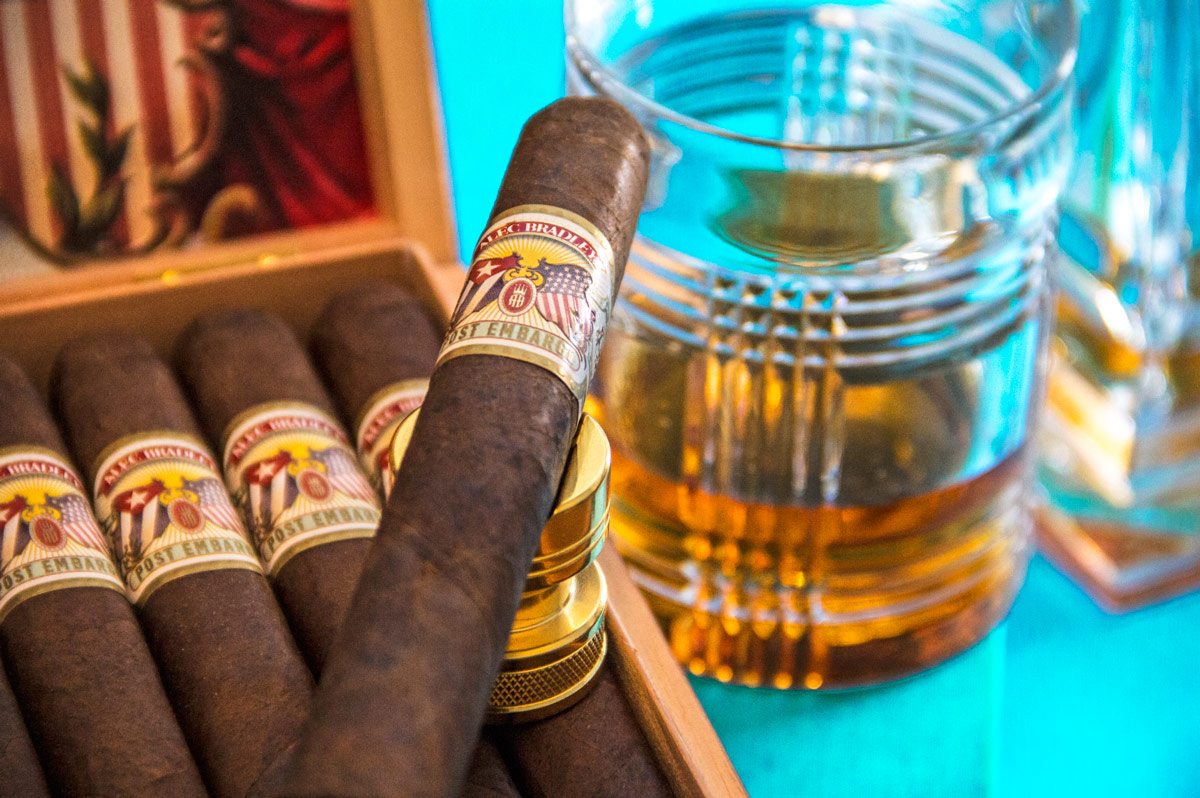 Conceptually, the design for Post Embargo is stunning. Under the box lid, Alec Bradley has reprised the neoclassical art style that worked so well on the Alec Bradley American Blend. Using a muted color palette that is reminiscent of the vintage late 19th to early 20th century Cuban cigar boxes, the illustration shows two young women welcoming each other; one holding the Cuban flag, the other holding the American flag. The cigars are presented box-pressed in boxes of 20 cigars in the following three sizes:

With both domestic and international distribution now thriving for Alec Bradley Cigars, they have decided to go with full-scale production for the Post Embargo brand. Additionally, while also recognizing Alec Bradley Cigars as a trusted source.

When asked about the possibility of competition if/when Cuban cigars eventually enter the U.S. domestic market, Rubin said, “Bring it on!” American cigar smokers are always enamored by forbidden fruit, namely, Cuban cigars. For now, I hope that our new Honduran-made cigar will continue to change the world’s view about cigars proudly made in countries outside of Cuba. As for the future, we are eagerly awaiting the day when there will be unfettered trade between the U.S. and Cuba.”